Click here to learn more about this change of date, and how you can attend in 2021!

The 70th anniversary Flashing Blades performance celebrates *70 Years on Ice* and will feature pop and rock music selections from the past seven decades, as well as hits from the classic family film Mary Poppins.

The talent roster is led by Evelyn Walsh and Trennt Michaud. National junior champions in 2017, the “dynamic duo” has since earned back to back silver medals (2019 and 2020) at the Canadian Tire National Skating Champions in senior pair competition. They have also represented Team Canada in several international skating contests.

Novice pair skaters Lily Wilberforce and Aidan Wright carried momentum from their fall regional competitions all the way to the top of the podium at Nationals with a gold medal performance in Mississauga in January. 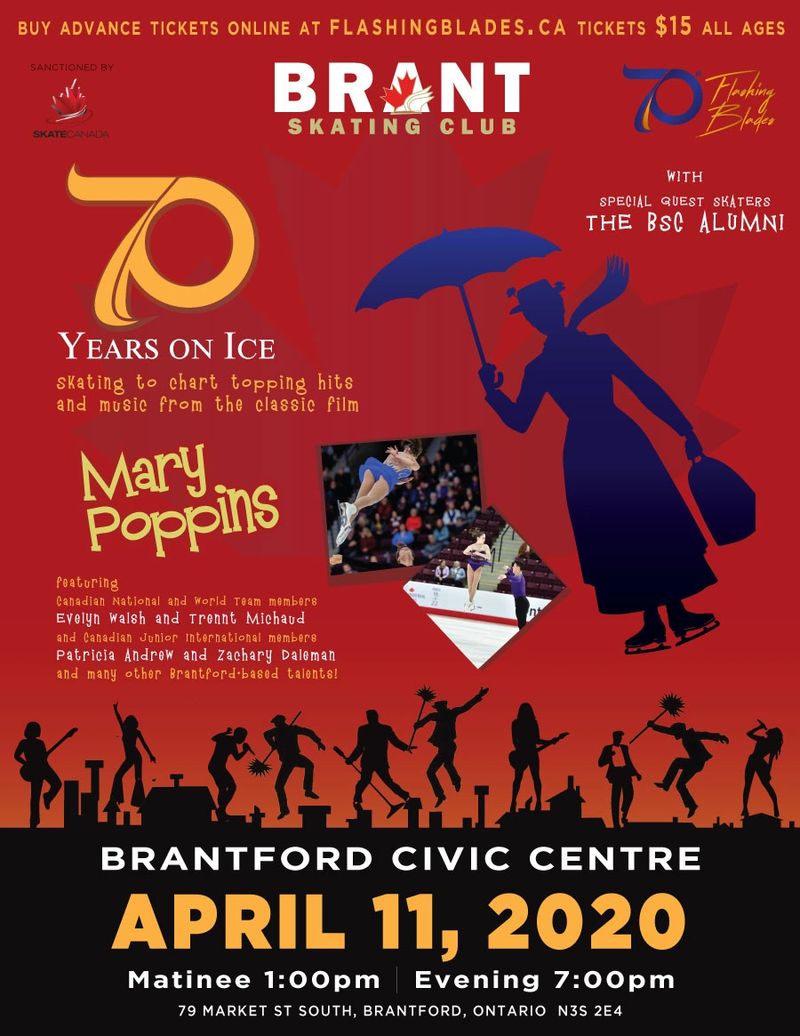 The first of two acts will feature a sensational group opening and closing number, and featurettes starring development skaters from the CanSkate program. Skating to musical numbers from the hit family film, “Mary Poppins“, characters will include chimney sweeps, bankers, candy stripers and penguins.

The second act, following a brief intermission, will feature senior skaters and the competitive team performing to pop and rock hits from the past five decades: the rockin’ 70’s, the crazy 80’s, the neon 90’s and your contemporary favourites.

PLUS the Brant Skating Club will present a special ALUMNI number featuring past skaters young and old, returning to the ice to be part of the 70th anniversary celebration.

Your choice of Matinee (1pm) or Evening (7pm) performance

HOW CAN WE HELP YOU?

Looking for someone in particular?

Our board members and volunteers are here to help make your experience The Best.